During the 18th-19th centuries in the Russian Empire, one of the harshest punishments was the transport of criminals to hard-labor camps in eastern Siberia. The climate there was terrible: In the winter, it was freezing; and in the summer it was very hot and humid. Swarms of mosquitoes and many wild animals made living conditions worse. 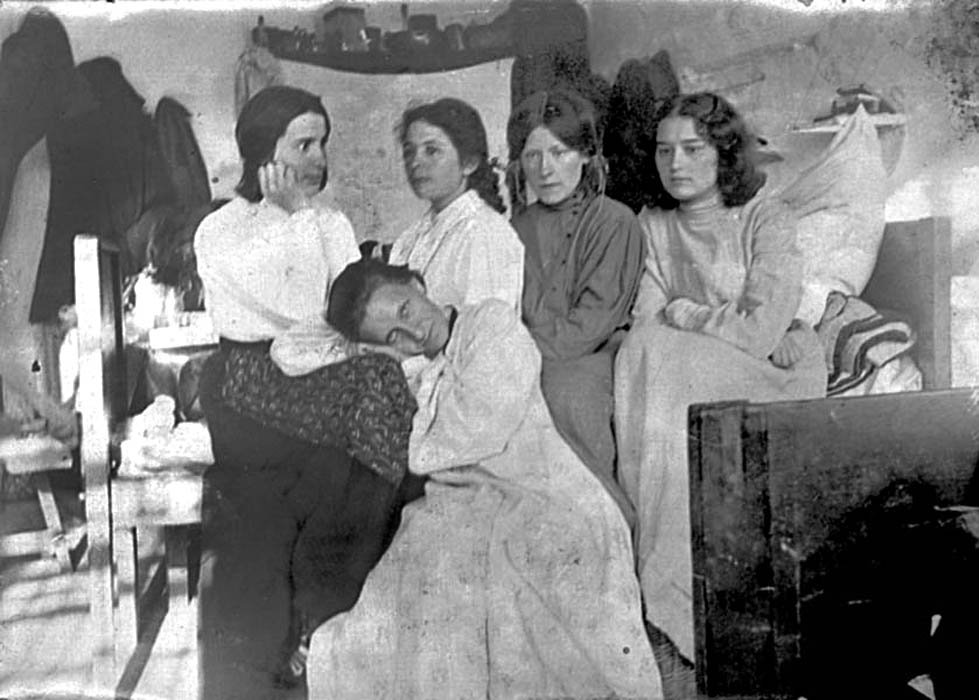 Politcal prisoners: Sitting on the bed to the left is Shkolnik Maria ( Mir’yam ) and on the right is Fialka Reveka

The majority of prisoners during the second wave were educated people who were against the Tzar.

By the early 20th century, some 300,000 people were sent there; some were Jews. Single Jewish men were allowed to marry, and local matchmakers would bring poor Jewish girls from the Pale of Settlement.

However, those services were extremely expensive, and the majority of Jewish prisoners couldn’t afford it. They complained to the local governor and asked permission to bring Kalmyk girls, who would agree to convert to Judaism.  In the mid-19th century, they received that permission.

Witnesses said that the converted Kalmyk wives observed all Jewish laws and attended synagogue regularly. After serving their terms of punishment, many Jews stayed in Siberia and started businesses. Soon Jews dominated trade in eastern Siberia, which made the local residents unhappy.

Because of this, and to stop the growth of the Jewish population, a new law was passed in the second half of the 19th century. This law did not allow wives or husbands to join their spouses in Siberia, but the prisoners were allowed to bring their children, if the boys were younger than 5 and the girls under 10

Here is list of 30 political prisoners who were sent to Siberia from Belarus: 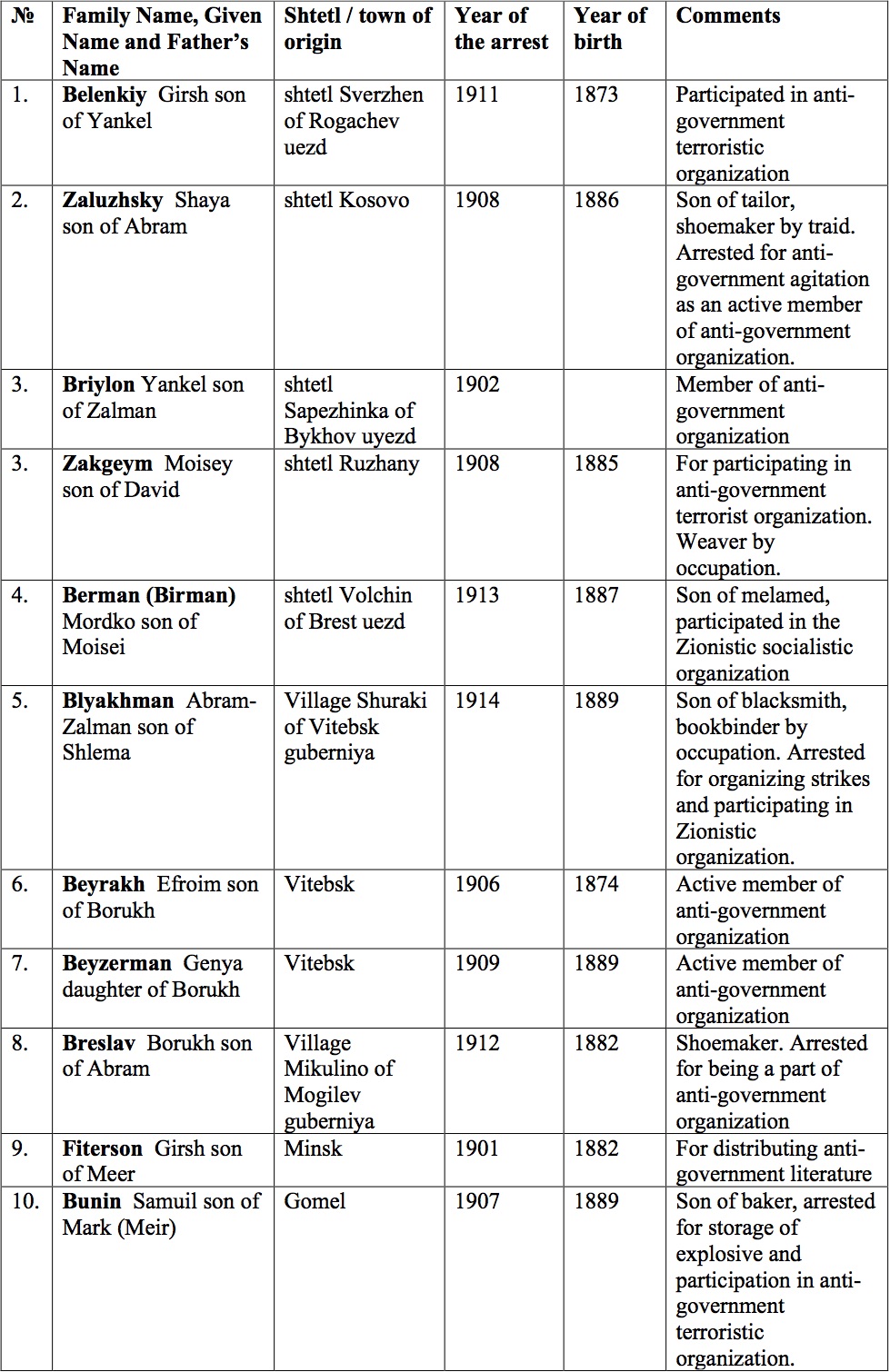 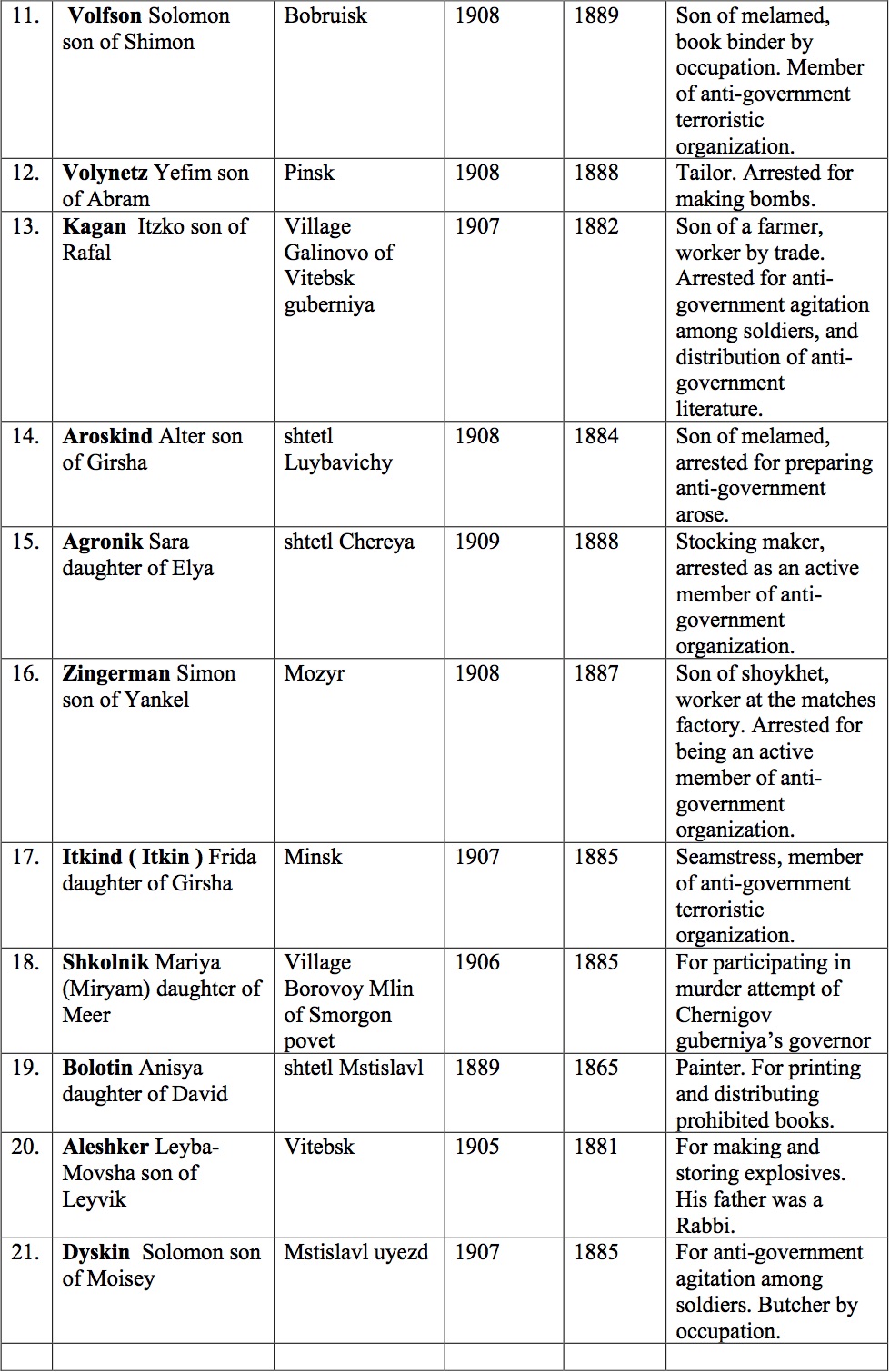 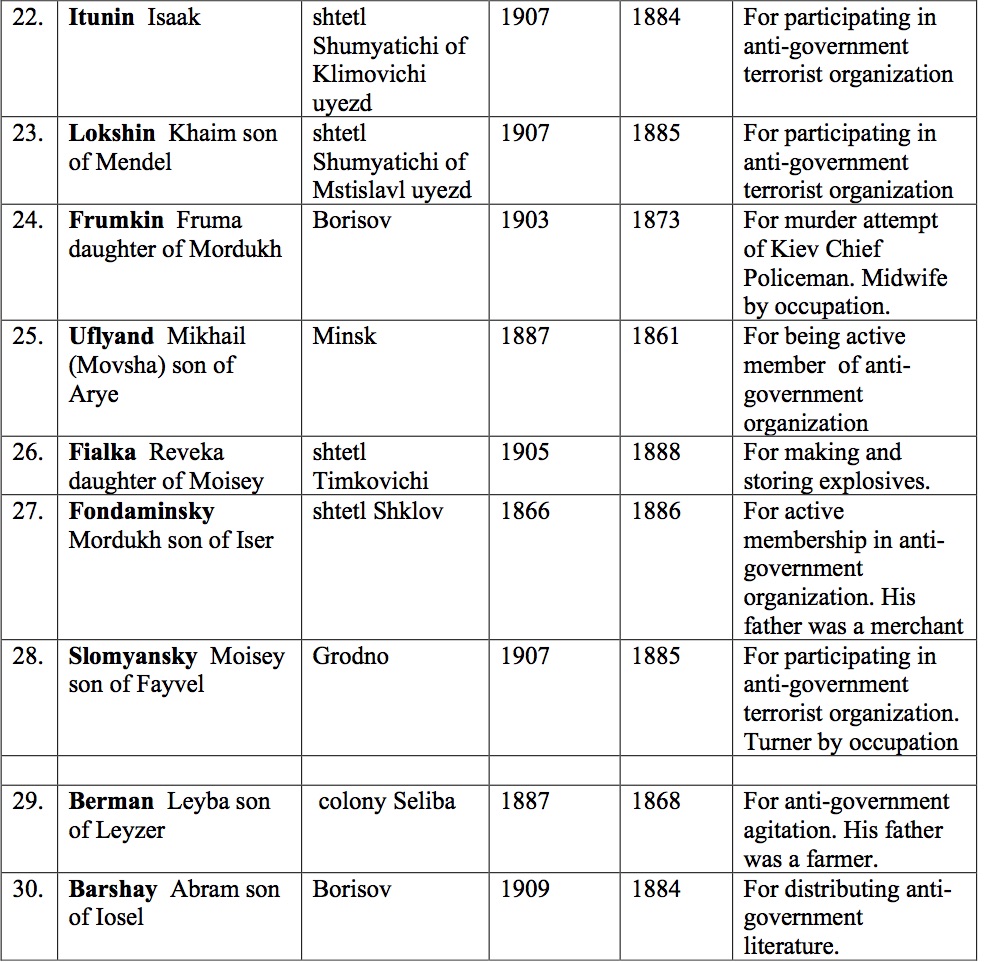