In 1917, when the Communists in the former Russian Empire took power, traditional Jewish life was forced to go underground.

The main wave of synagogue closings took place from 1922-23.

As a result, in almost every town underground cheders were organized. However, during 1937-1938, most of Jewish teachers (melamedim) were arrested and were either sent to Siberia or murdered.

However, only two towns – Minsk and Kalinkovichy – received approval to register their religious communities.

Jews still gathered together quietly to pray – forbidden by law – in private apartments or houses. 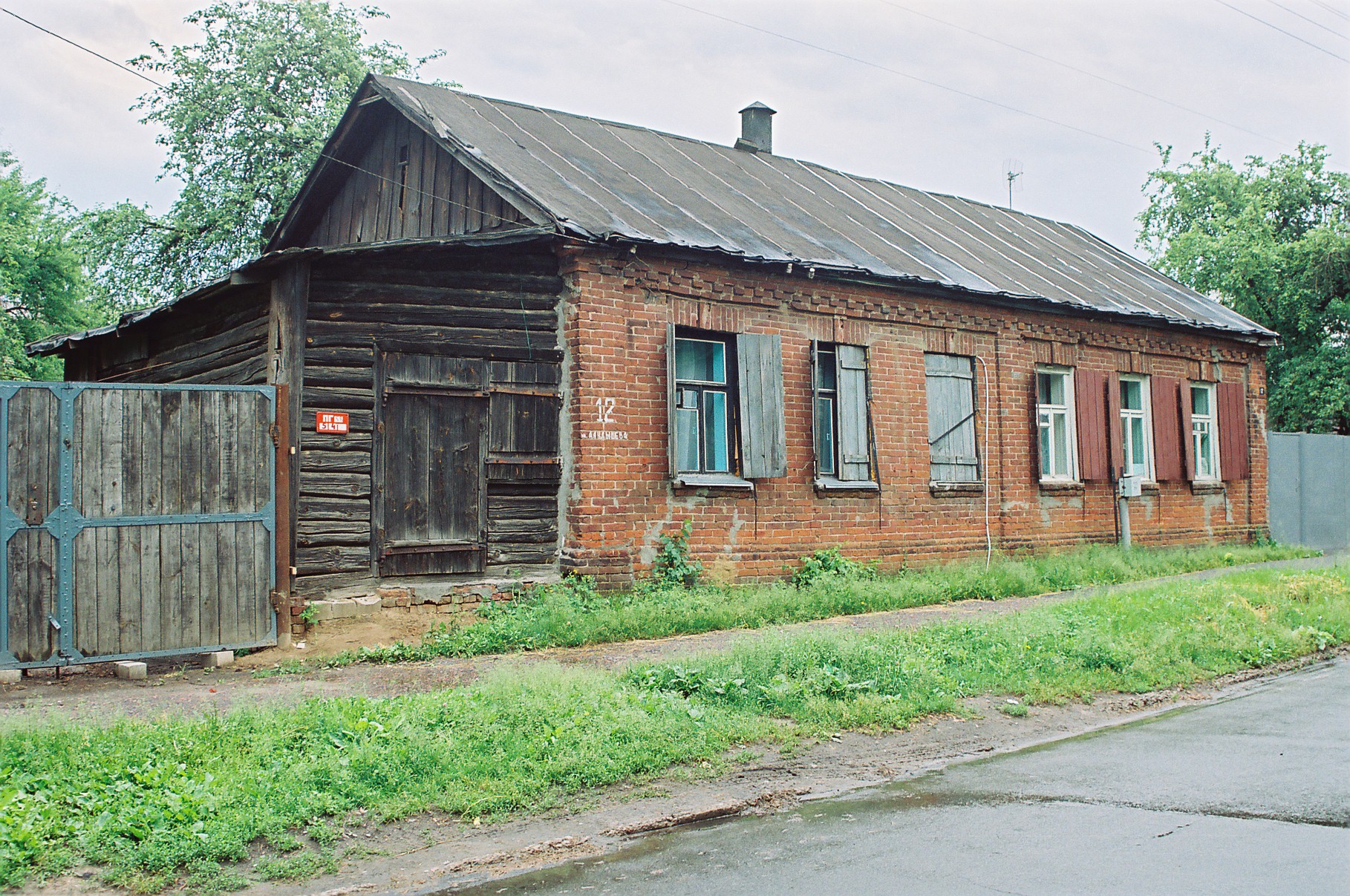 One of the houses used for illegal minyan in Gomel

Here is a 1949 list of Gomel residents, heads of minyans or those who provided their homes as a place for the minyans to gather, and who were fined by the government for doing so. 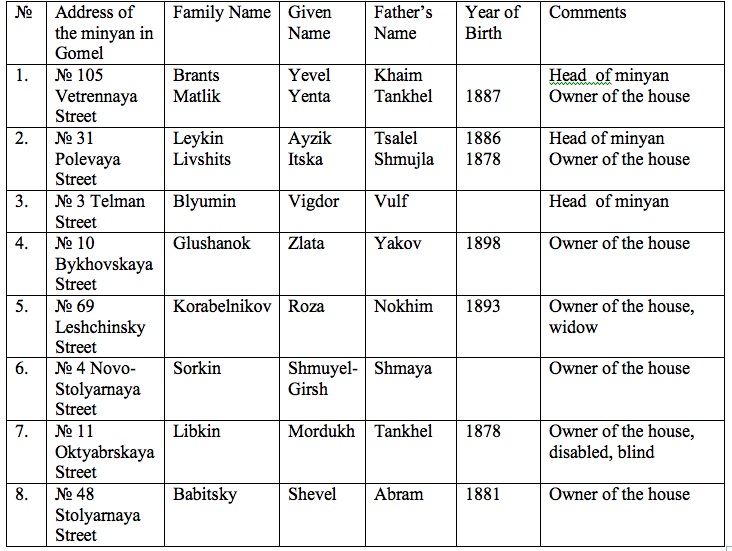