Earlier this month, during demolition of an old house in Grodno, contractors found a container hidden in a basement wall. 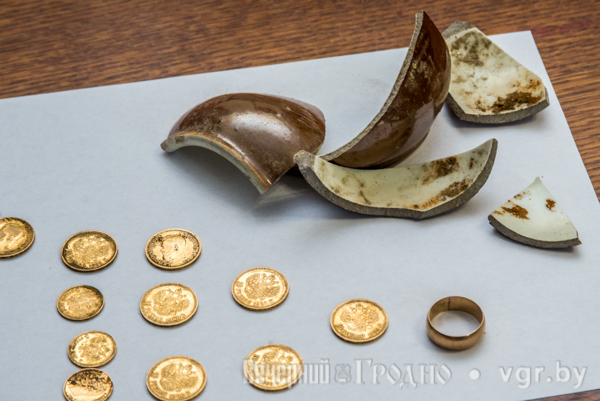 It contained 11 gold coins dating back to 1897-98, and a gold wedding ring inscribed in Hebrew: “Rebecca, beginning of Iyar.” The estimated value of the find is $3,000. 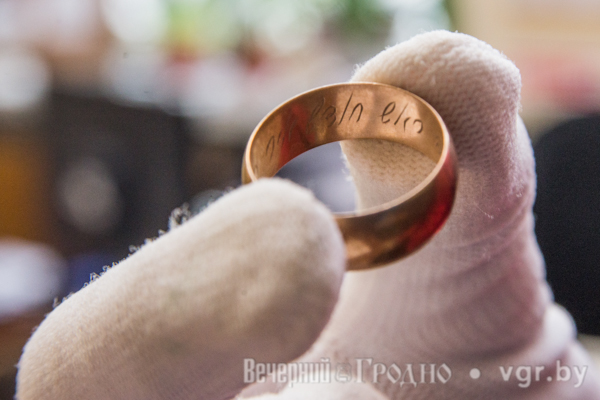 The house is on today’s Antonova Street, which was called Jerusalimskaya Street before WWII. It was built in the early 20th-century and belonged to a Jewish family. Historians are now working on discovering the family’s surname.

Some 50 years earlier, another find of gold and silver coins and cutlery was discovered on the same street in a different house.

During WWII, Jerusalimskaya Street was part of Ghetto 2, where some 10,000 prisoners lived. The final ghetto prisoners were murdered in May 1943.

Five years ago, in a pre-war Jewish-owned house on the same street, a large photo album was found in the attic.