1946 JDC List of Jewish Residents of Belarus Who Survived WWII

In early 1946, after the end of WWII, the International Red Cross Committee was sent to the Soviet Union to estimate the magnitude of destruction and how to help survivors.

While touring many places around the Soviet Union, the committee stopped in a few towns and shtetls in Belarus.

Among the committee members was the Joint Distribution Committee’s representative, who compiled a list of those who had survived the Holocaust and returned to their pre-war homes. The goal was to send parcels of food and clothing to those people and families.

The list includes more than 80 heads of Jewish households in Belarus, including names, place of residency and, in some cases, the address.

Due to the importance of this information, we are publishing the full list below: 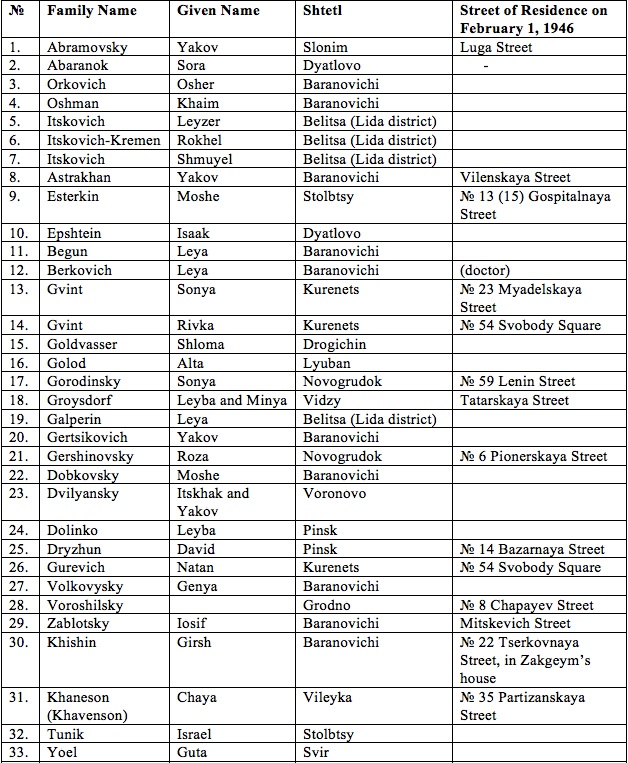 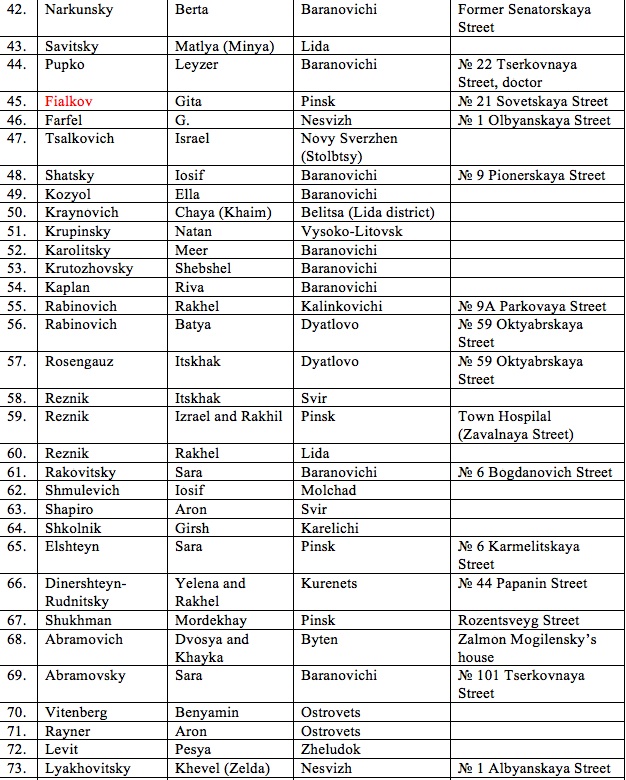