1912 Brest-Litovsk. Business avenue that people in the society didn’t discuss out loud

The issue of prostitution is as old as this world. In Russian empire prostitution was legalized in 1843. The first attempt to count the amount of brothels in Russian Empire was taken in 1889.  According to the records at that time there was 1,216 officially legalized brothels with 7,840 women with permission to work there.   Together with street prostitutes who were under doctors’ supervision there were registered 17,603 women. According to the rules and regulations at that time only women who reached 21 years old could be suitable for this type of work. These women had to turn their passports to the police and instead they were given ”yellow pass” for the time of their employment. They required seeing a doctor on monthly bases, which would make notes on their passes about their state of health. The owners of brothels could only be women older than 35 years old.  According to the same set of rules brothels were not allowed to be closer to schools, churches and colleges than 300 meters, they couldn’t have any outside signs for identification purposes. On the inside walls portraits of Czar and his family were not allowed. Clients younger than 18 years old were not allowed, as well as clients could not bee seen on Sundays, and on Christian holidays. Girls who worked there were not allowed to use any make up. Girls were allowed to keep ¼ of earned money, the rest they were supposed to give to owners. 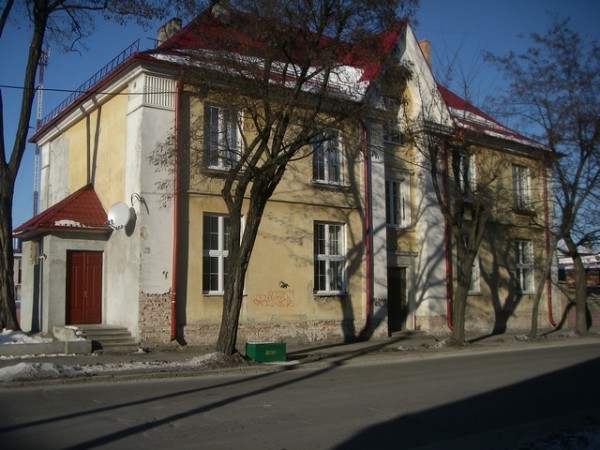 Current picture of the former building of brothel in Brest-Litovsk.

In Russian Empire at the beginning of 20 century there were 2,400 brothels. Very often within the pale of settlements owners were Jewish women. In 99% of the time the women who worked there were local non Jewish peasants from near by villages.

Working with Brest Jewish community records for the beginning of 20 century we found the document referred to 1912, which says that in Brest there were 11 brothels with 76 women working there, among them only 1 woman was Jewish.

8 out of 11 owners were Jewish women. The document mentions full name of the owner, quantity of employees, and the address of the brothel. Also, this document lists 10 other brothels’ owners whose business permit renewal request got denied. Among them 9 owners are Jewish. Owners were not necessarily Brest residents, but from other shtetls and towns of Grodno guberniya. 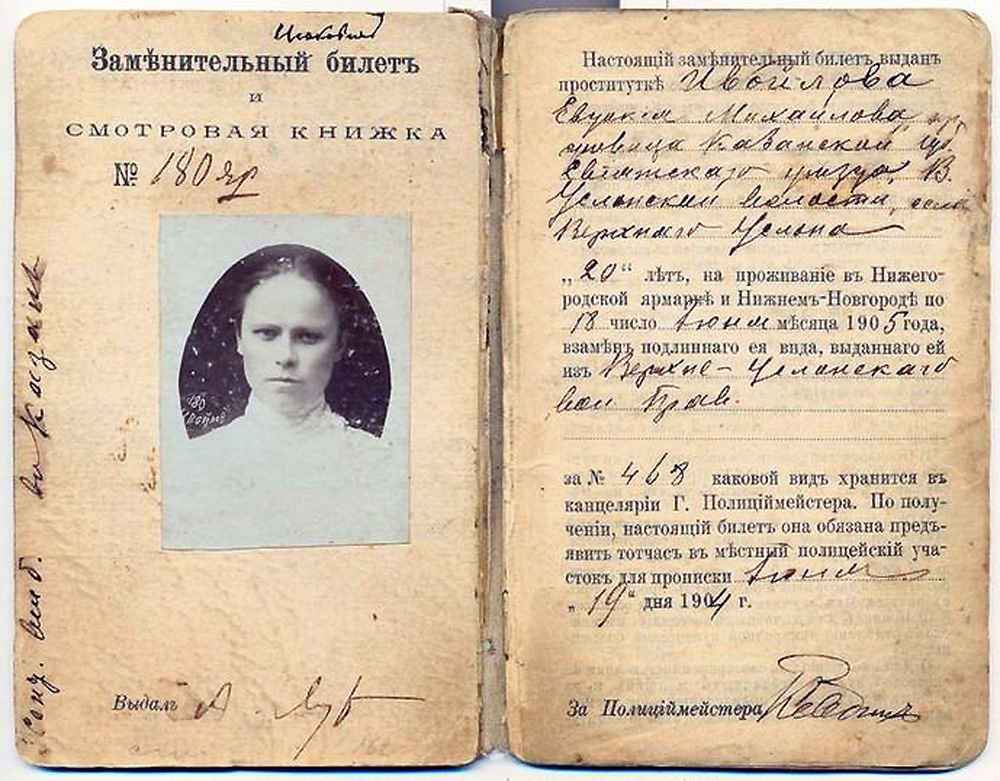 This is a “Yellow pass”, the document that was issued to brothels’ employees during their employment. 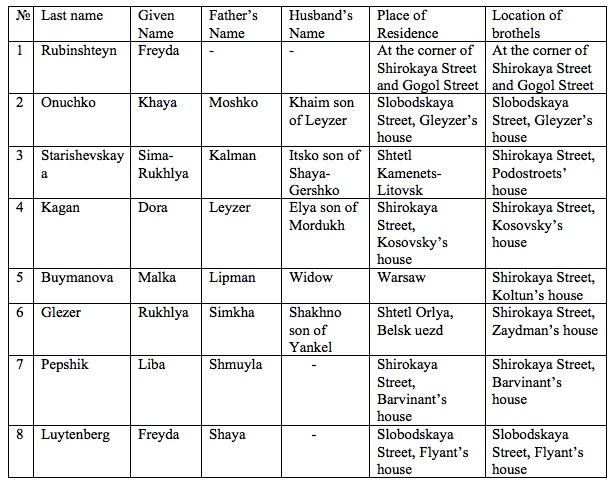 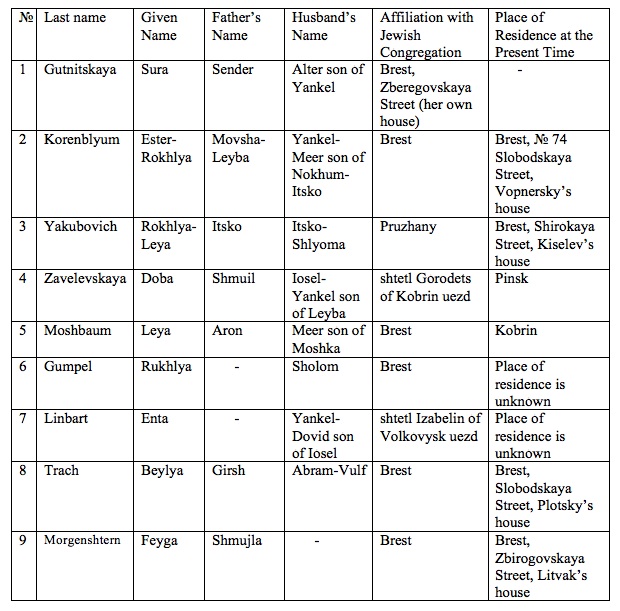